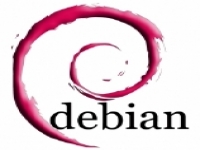 Two well-known and experienced Debian developers, both members of the project’s technical committee, have announced they will be leaving the committee.

The resignations of Colin Watson and Russ Allberry from the panel come soon after senior developer Joey Hess resigned from the project altogether.

There has been much acrimony recently over the adoption of the systemd init system as the default for Jessie, the next release of Debian, which is expected to come out in the next few months.

The Debian Technical Committee decided back in February, via the casting vote of panel chief Bdale Garbee, to adopt systemd as the default. This decision came after months of discussion.

Recently, there has been another push for reconsideration led by another technical committee member, Ian Jackson, and a general resolutionwas put up for vote. It is open for voting until midnight on November 18, UTC (10am on Wednesday AEST). There are a few options proposed by others, including one from the Debian Project leader Lucas Nussbaum, besides the main resolution.

In the initial vote back in February, Allberry supported systemd as the default, while Watson, an employee of Canonical, the company that creates the Ubuntu GNU/Linux distribution, expressed a preference for upstart. Jackson also backed upstart.

In a post explaining his decision, Watson, one of the first batch to join Canonical, attributed it to a general move on his part to start spending his Debian time on things he found enjoyable. Late last month, he asked to be moved from the Ubuntu Foundations team to the Launchpad engineering team. Watson has given the Debian Technical Committee time to appoint someone in his place before he moves on.

In contrast, Allberry’s resignation post said he wanted to leave immediately, though he later added that he would stay on for a while if needed.

His frustration was clear: “If any part of this doesn’t make sense, or if any of it feels like an attack or a reaction to any single person or event, I’m happy to clarify. I would appreciate it if people would ask for clarification rather than making assumptions, as assumptions about other people’s motives are one of the things that I find the most demoralising about the Debian project right now.”